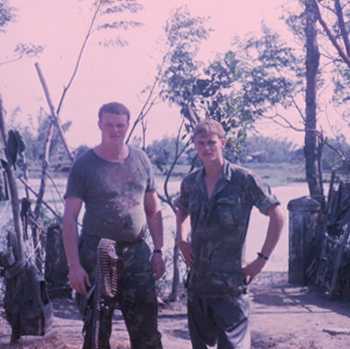 This photo shows Nelson Kilmister (right) and his older brother, Lance Kilmister. Lance was a Marine MP stationed in Da Nang who visited CAP 2-7-2 a couple of times. I think he even went on night ops with us, something most visitors managed to avoid. There’s an M-60 machine gun propped up on its bipod in front of Lance, with an ammo belt draped over the butt.